Our first production sprint is done. The foundation is built. What’s next?

Our aim this first sprint was to implement and refine the most basic features. Our base gameplay had to be fun in order to expand. While there certainly is room for more polish, we are happy to move onto the next sprint. We feel that the core flow of the game is where it should be. So, how do we expand?

One idea was to add the classic ULTIMATE ABILITY for each god. We thought of this because well….., it works in other games so why not in ours? Turns out it doesn’t fit all that well. A single round in the game lasts ~30 seconds. This does not fit with the whole cooldown aspect the usual ability has. We thought about solving this by having the cooldown persist through the multiple rounds. But even then, it does not fit with the fast gameplay we have in mind. We would also need some form of UI to track all that and we want to have the screen as clean as possible. The game is hectic enough as it is.

That is when we took the other route that games have used often. Pick-ups. Pick-ups seemed boring at first but in fact, they provide endless possibilities. We could add a lot of variety to the game and also this fixes another minor issue we have. Right now, there is no real incentive to move. You can just play it safe and wait behind some planet. The spawning of Pick-ups will award players for taking the risk to grab these powers. It will focus the attention of all players to the same point and will enhance the chaos even further. That is why we went for the Pick-up route.

Ok so Pick-up it is. How do we implement them? 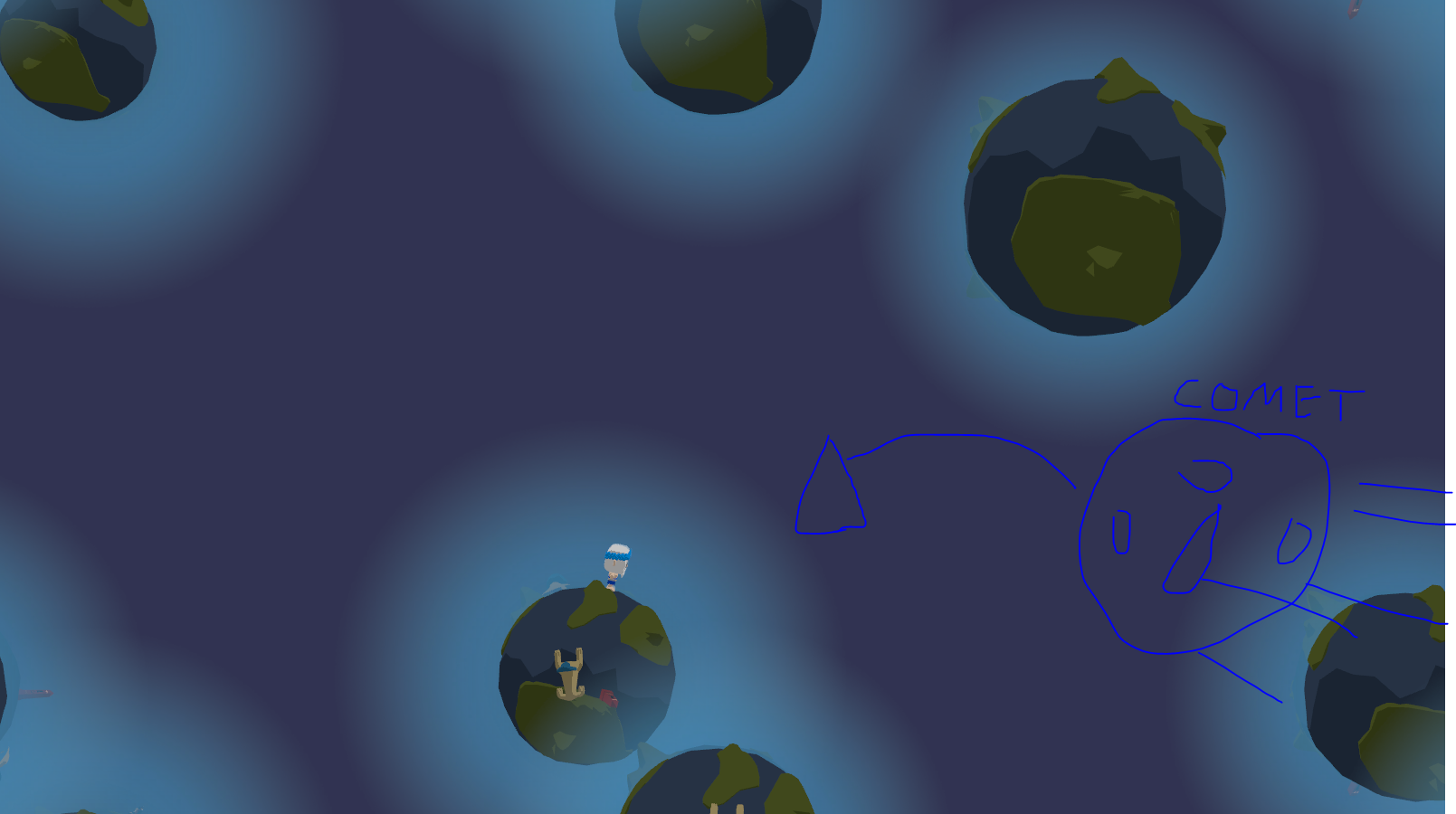 Meteorites. Yes, Meteorites.  Once in a while a meteorite will come from somewhere and pass through the screen. The comet will explode once it reaches the play space. After it exploded a Pick-up will be dropped. If a comet lands on a planet the planet will explode and cease to exist. If it hits a player, the player dies. To make this feel fair we add a marker to where the comet will land. This also creates the balance of people wanting to be near the comet to take the Pick-up but not too close or they die.

Thank you for reading,